Athletes are among the strongest people in the world. They’d have to be in order to excel in their respective sports. If he was weak, how could have Usain bolt ever become the fastest man in the world? If he wasn’t as strong, do you think Lebron James would be known as the “GOAT” (Greatest Of All Time) as he is referred to now? The answer to all these questions is definitely no! Such athletes train hard in order to gain as much strength and endurance as they in order to do well and win in their respective games, matches, and competitions.

But how do they train? There are the standard lifting weights and jogging, which even the young school athletes also do. But there are some exercises that aren’t as common as such but are still effective. These are workouts that you might not even have heard of before, but you can still do in order to gain as much strength and energy as your favorite superstar athletes.

Yoga might already be a beloved exercise itself, but it’s rarely used to train athletes in preparing for big games and competitions. In the more mainstream mindset, yoga is more of a leisure exercise that people do on the weekends in order to stay fit and relax at the same time. But it’s those effects that athletes would benefit greatly from. At the end of a game or match, your body would be exhausted and drained out of energy. A yoga session in between would prove to be helpful in increasing your energy promoting flexibility to lessen the possibility of strains and muscle cramps during a game. And to make things a lot more soothing, you can do yoga on a vibrating plate—it’s practically double the relaxing properties!

Ever watched the show “Dancing With the Stars” and see pro and retired athletes successfully cutting the rug’ on it? It’s possible that those same sportsmen and women used dancing as a form of exercise as well. Certain sports, like basketball and tennis, require a sense of rhythm to make certain strategies and plays effectively. Usually, athletes in such sports are light on their feet, making them too swift and too fast for their opponents to catch up. Dancing can give you the same lightness and rhythm. By moving in beat with music, you’re training yourself to go about certain strategies that can help you win a game or match!

The key to really preparing yourself before your competition is to relax. Your body has to be refreshed enough in order to withstand all the physical stimulation of your chosen sport. But what kind of workout can also be relaxing? Whole-body vibration therapy. This unique exercise required you to incorporate a vibrating machine into your aerobic exercises, sometimes even when you’re doing yoga. Its rhythmic vibrations help calm your nerves down and build up your muscles by soothing them, even while do your lunges, squats, and other more physical exercises. At the end of every session, instead of feeling tired, you’d more likely feel more rejuvenated and energized.

Another great exercise for your bottom half is to go spinning, which is basically riding a stationary bike.  Spinning classes have become increasingly popular these past few years, and once you see its effects on your lower body, you’ll understand why. Spinning entails all the physical stimulation and fun of cycling without having to go anywhere. It’s made even more enjoyable by incorporating music and having you spin to the rhythm of the song. In this regard, you also get to develop your own sense of rhythm which, as mentioned earlier, is important in playing out strategies and plays during the game.

Stronger lower bodies are essential in playing in sports like football, ice hockey, and more. Your legs and feet are the foundations of your body, and when you have little to no strength and control over them, you risk losing a lot. Usually, people will suggest that you do squats in order to build up your strength in this part of your body, but a good alternative is using a kettlebell and swinging it without bending your knees and moving your feet. This sort of discipline hardens your glutes and quads, making them a lot stronger than ever before. And if you incorporate a vibration machine with the exercise, it makes for a more difficult but more effective workout!

In the same vein, you’ll also need to strengthen your arms and upper body to play sports such as basketball, volleyball, boxing, and the like. In most instances, your coach will have you lifting weights which, while effective, can be extremely exhausting and leave you too tired and throbbing in pain by the end of your training—something you wouldn’t want to happen. Fortunately, a good alternative exercise that can also strengthen your arms is throwing a medicine ball. Although a medicine ball isn’t as heavy as barbells, it can still give you tons of muscles when you slam it to the ground multiple times.

Apart from a sense of rhythm, however, you’ll also need balance. How can you run a mile, catch or kick a ball, or even throw a javelin when you’re not balanced? The answer is you can’t, and in order to promote a healthy sense of balance, you can do lateral lunges, whether on a slide board or on a vibration machine. It’s a slightly unorthodox take on a common exercises that will force you to balance yourself as you strengthen your glutes, quads and other parts of the lower half of your body. Both the vibrating plate and the slideboard will further challenge you to keep up at the exercise. Additionally, you can even incorporate a dumbbell to further ensure that you’ll be stronger and more balance at the end of your workout!

Finally, although jumping rope is more commonly known a little girl’s game, pro athletes of both sexes also do this in order to get a good sense of rhythm, precision, and increase their strength. In fact, the faster you are at jumping rope means you’re more than physically ready to take on your next competition. This is another exercise you can do on a vibraiton machine to keep things more challenging, interesting, and slightly more relaxing than your usual jump rope game. Not to mention the cool fancy tricks you can learn, which will further strengthen your body and give you better control over it!

You don’t have to solely rely on lighting weights and running a mile when preparing for your next game or match. These alternative exercises will not only prepare you physically but mentally as well! 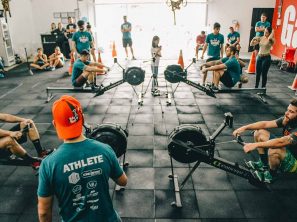 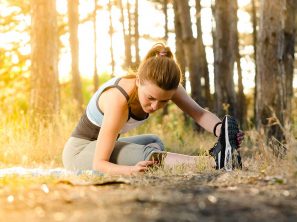 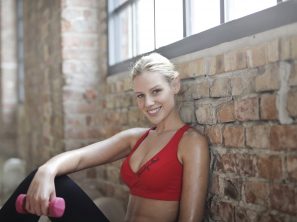