COVID-19 update. A message from Vibra Pro Fitness. To our customers, we are here to help you find a suitable vibration machine to meet your health and fitness goals. Our website remains OPEN at all times during the COVID-19 outbreak and orders are continuing to be processed as normal. We can arrange for delivery as per usual without interruption. 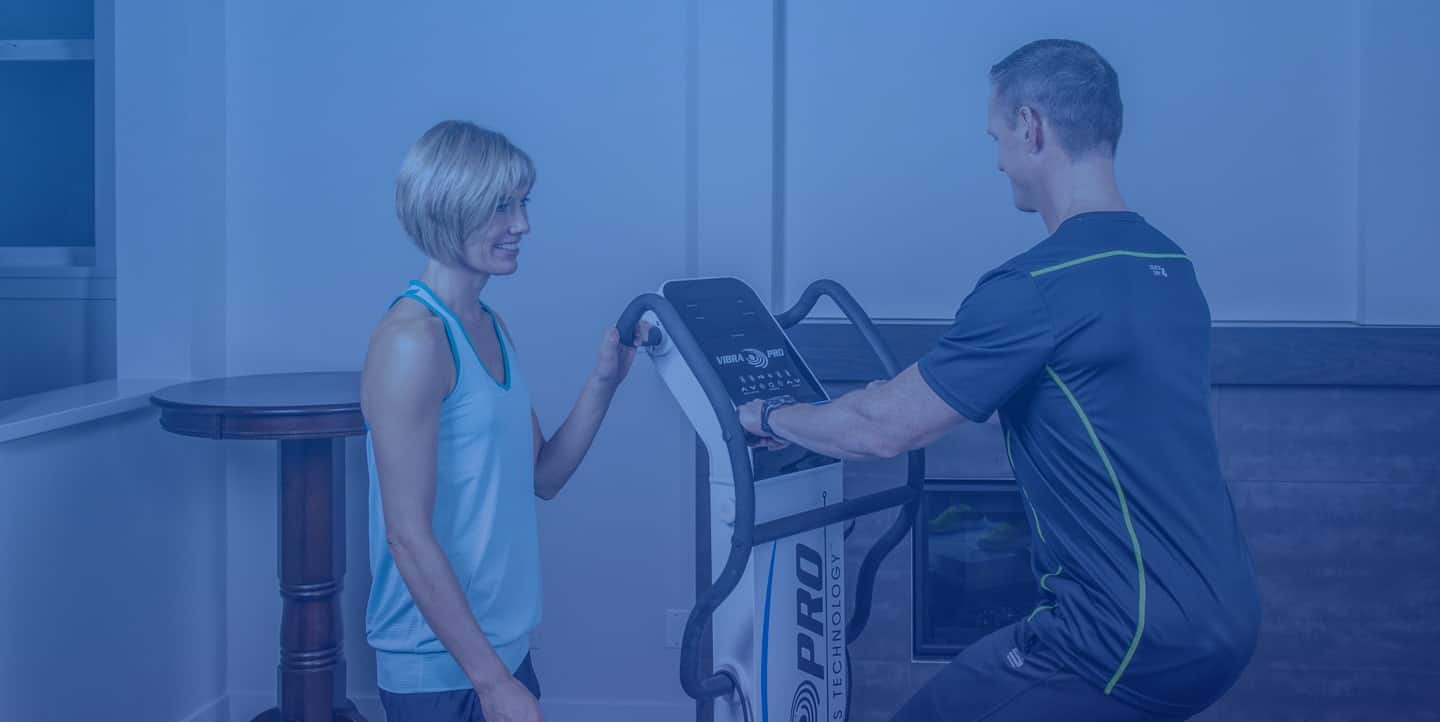 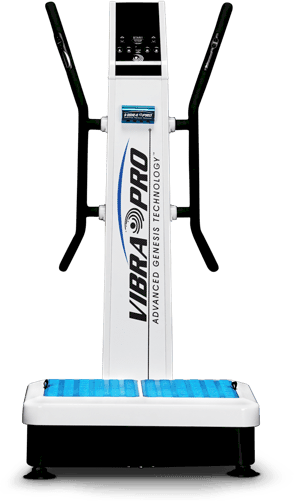 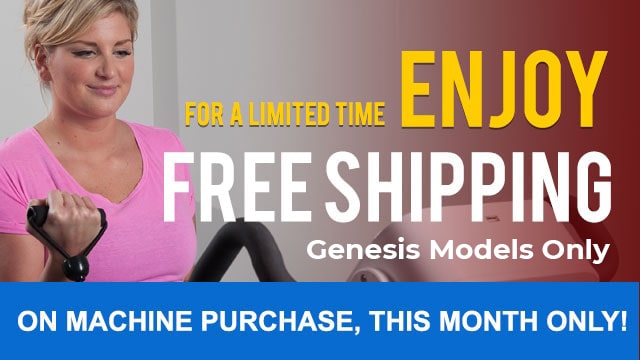 Beginning with our patented Premium Oscillation motion, over 10 years ago, followed with the release of our patented Spiral Rotational motion, and our newest Dynamic Wave motion, Vibra Pro leads the way in whole body vibration therapy. Our vibrating exercise machine also has soft triplanar and cross-lateral motion movements available on our line of Genesis exercise machines.

Cross lateral. This motion is based on the principle of having the vibration platform move only along the X-axis, with no vertical motion at all. Amplitude is very high, nearing 17mm and the speed is relatively slow, compared to other vibrating exercise machines. This combination of speed and amplitude lends itself very well to increasing lymphatic drainage and improving balance and core strength. Whole body vibration training can be very focused because vibrations are very controlled and filtered by use of vibration dampening (both external and internal), which makes the unit well suited for rehabilitation purposes because there is no vertical motion.

Dynamic wave motion is suited for whole body vibration weight loss and various other whole body vibration benefits. It is a compound motion system which in essence is a combination of oscillation and cross-lateral motions combined. Driven by 2 separate motors and 2 separate mechanical systems, the platform moves along the X-axis, while also moving in the Z axis. This high amplitude and relatively low speed are well suited for users looking for weight loss, increased lymphatic drainage or improved balance while using our vibrating exercise machine. Since there are 2 different drive systems working in unison, vibration dampening systems are put in place to remove all unwanted mechanical non-harmonic vibrations.

Oscillation motion is when the vibration platform under the user moves very similarly to the way in which a see-saw operates. There are many whole body vibration exercises and whole body vibration exercise positions that are associated with Oscillation motion. One side goes up, while the other goes down. To achieve this the platform is mounted to a central fulcrum or pivot point and the platform is connected by a belt drive to a motor or crank system with an eccentric wheel. Though many people believe the platform is moving only in an upright manner along the Z-axis, the platform is actually moving on 2 axes, predominantly the Z axis, but there is some lateral motion as well along the Y-axis. Traditionally, people have associated vibrating exercise machine weight loss with Oscillation type motion. The platform is moving in an arc, so there is some lateral shift occurring at the same time as the vertical shift happens. The motion is a relatively low speed, but with high amplitude, typically 10mm – 12mm. This combination is very well suited for weight loss, increased lymphatic drainage and for improved balance.

Spiral rotational motion. This type of movement propels the platform under the user in a cyclic manner. Clockwise or anti-clockwise, but always having the platform facing the same direction. The platform is not spinning, but rather it is being driven by a spinning mechanism which forces the platform to move from front to side, side to back, back to opposite side, then side to the front again. This spiral rotational movement is performed at high speed, but a very little movement is incorporated (low amplitude). Typically 2-3 mm of amplitude is as much as these vibration machines move, along the X and Y axis. The drive system for this motion mechanism has seen very drastic changes in the past few years with respect to the mechanics of the structure that permits this fashion of movement. The mechanical structure for this movement style is very difficult to build correctly. Many manufacturers have used and continue to use drive systems which rely on a plastic or rubber O ring design to maintain a steady connection between the motor unit and the moving platform. This connection system is inherently designed to fail, however, as there is too much friction caused by the high-speed movement and premature failure is unavoidable. Newer industrial technologies have allowed our vibrating exercise machines to construct this movement connection system from high strength steel, instead of plastic, though this is more costly to produce, but provides a stable long life solution. Spiral rotational motion machines can use either AC or DC electric motors, with the AC motors produce more EMF and more non-harmonic waves. The more expensive DC motors produce negligible amounts of EMF and far less destructive vibration patterns. Units utilizing DC motors will cost several hundred dollars more than units which use AC motors.

Each Vibration Machine is Designed for a Different Subset of Purposes Which is Right For You?